If you read this, I don’t want you to feel judged or to judge yourself; to feel like you’re not good enough or not doing enough; I want you to help me hold this question and help me understand what it means to be human in this time.

We live in the woods and try to each year reduce the number of corporations and industrial systems we rely on.

Part of my reason for doing something this comprehensive is that there were all these truths that kept coming into my awareness that I couldn’t ignore. There were consequences of my American lifestyle both far reaching and immediate that, once I knew about them, I could no longer live with. 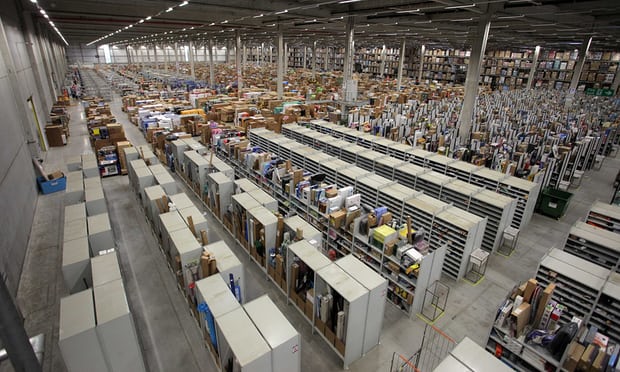 The Questions Your Soul Asks at Midnight

There are simple questions you can answer for yourself and there are the questions your soul never stops asking. Soul questions may have been with you since birth or may have just run into you at a crossroads one day years ago and asked to tag along for a mile. That mile turns into a lifetime. You know those questions will be at your death bed, eyes still in askance of you.

One of the questions of my soul can be expressed like this:

“What does it do to us to push the suffering of others out of our awareness? Do the people around me know about what I know about the suffering our lifestyles cause and are making choices based on that, or are they unaware?” .. and really under all this, there is maybe this one simple question:  “Am I alone?”

To remain a whole person when I become aware of the suffering my choices cause, I have to address it. I might address my choice by saying, “I will change this,” or “I don’t know what to do about this,” or by saying, “I am not ready to act on this yet,” or even by admitting, “I am not the kind of person who can change this and I am sorry,” but I can’t say nothing. I have to answer the living humans and wilds that are suffering as a result of my actions with something more than silence. 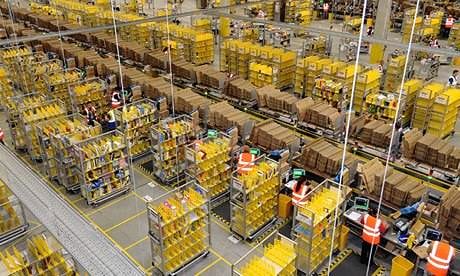 Five o’clock in the morning and the young woman’s eyelids are drooping. All night she has been removing spots of dust from Amazon smartspeakers with a toothbrush. Time seems to crawl. Now she is overwhelmed with exhaustion.

She works on, more and more slowly, until she can do no more. She looks around the workshop. Other workers have rested their heads on the bench. She slumps forward and falls asleep.

Dozens of workers are arriving, casually dressed in jeans and T-shirts. Most are young and there is a good mixture of women and men. Ahead of them lies a 60-hour week, eight regular hours for five days, plus two more of overtime each day and another 10 on Saturday. They will be expected to hit tough targets and must ask permission to use the toilets. The overtime – up to 80 hours a month – is far in excess of the 36 hours stipulated in Chinese labour laws, but companies can and do seek exemptions and workers want the overtime, to boost their basic pay.

“I was already so tired and my movements grew slower,” she writes later. “I brushed with less and less force. There were 20 or 30 speakers building up in front of me that I had yet to brush clean.

“The speakers that remained to be cleaned kept building up in front of me. The line technician came over and told me to brush faster and that my movements were too slow … but I no longer had any strength.”

Another day she chats to an older woman sitting opposite her.

“The woman across from me said that she had been brushing for so long that her hand was growing numb, her neck was sore, her back was sore, her eyes couldn’t see clearly, and her vision was getting worse …”

Another worker tells her she, too, is suffering: “While working at the same work position and doing the same motions over and over again each day, she felt exhausted and her back was sore and her neck, back and arms could barely take it any more.”

Alexa’s diary makes no happier reading the following day. A woman of about 45 tells her how she has been scolded because she is not fast enough: “It might be because she was getting older so her speed was slower and her reactions were slower. When the line leader was telling her off, she started crying. After I returned to the dorm, an older woman … said that last time the line leader told her off, she also cried.”

She describes long nights of repetitive and relentless work, with fellow workers close to falling asleep on their feet. During a break about midnight she sees that “many people were resting on the assembly line and sleeping, while others had pushed together some chairs and were sleeping on those. Some had even stacked together some foam boards and slept on top of them.”

That’s all from Amazon’s production line in China which makes the Echo and Kindle. 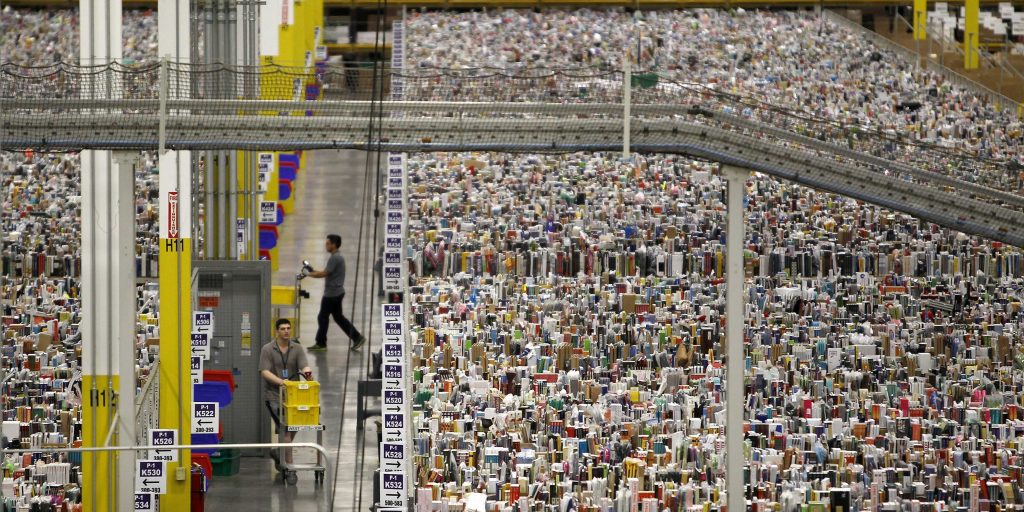 Amazon equals Walmart in the use of monitoring technologies to track the minute-by-minute movements and performance of employees and in settings that go beyond the assembly line to include their movement between loading and unloading docks, between packing and unpacking stations, and to and from the miles of shelving at what Amazon calls its “fulfillment centers”.

at Amazon’s center at Rugeley, England, Amazon tags its employees with personal sat-nav (satellite navigation) computers that tell them the route they must travel to shelve consignments of goods, but also set target times for their warehouse journeys and then measure whether targets are met.

All this information is available to management in real time, and if an employee is behind schedule she will receive a text message pointing this out and telling her to reach her targets or suffer the consequences. At Amazon’s depot in Allentown, Pennsylvania (of which more later), Kate Salasky worked shifts of up to eleven hours a day, mostly spent walking the length and breadth of the warehouse. In March 2011 she received a warning message from her manager, saying that she had been found unproductive during several minutes of her shift, and she was eventually fired. This employee tagging is now in operation at Amazon centers worldwide.

Whereas some Amazon employees are in constant motion across the floors of its enormous centers—the biggest, in Arizona, is the size of twenty-eight football fields—others work on assembly lines packing goods for shipping. An anonymous German student who worked as a temporary packer at Amazon’s depot in Augsburg, southern Germany, has given a revealing account of work on the line at Amazon. There were six packing lines at Amazon’s Augsburg center, each with two conveyor belts feeding tables where the packers stood and did the packing.

Machines measured whether the packers were meeting their targets for output per hour and whether the finished packages met their targets for weight and so had been packed “the one best way.” But alongside these digital controls there was a team of Taylor’s “functional foremen,” overseers in the full nineteenth-century sense of the term, watching the employees every second to ensure that there was no “time theft,” in the language of Walmart. On the packing lines there were six such foremen, one known in Amazonspeak as a “coworker” and above him five “leads,” whose collective task was to make sure that the line kept moving. Workers would be reprimanded for speaking to one another or for pausing to catch their breath (Verschnaufpause) after an especially tough packing job.

The functional foreman would record how often the packers went to the bathroom and, if they had not gone to the bathroom nearest the line, why not. The student packer also noticed how, in the manner of Jeremy Bentham’s nineteenth-century panopticon, the architecture of the depot was geared to make surveillance easier, with a bridge positioned at the end of the workstation where an overseer could stand and look down on his wards. However, the task of the depot managers and supervisors was not simply to fight time theft and keep the line moving but also to find ways of making it move still faster. Sometimes this was done using the classic methods of Scientific Management, but at other times higher targets for output were simply proclaimed by management, in the manner of the Soviet workplace during the Stalin era.

This is just one part of consumerism’s life-destroying shadow. What Pickle and I are doing can seem like just two weirdos doing their crazy thing in the woods (and sometimes it’s just that), but under it is a response to this shadow.

If my lifestyle means I couldn’t face those factory workers, means I have to push them out of my vision and bury my awareness in order to function, then I am fragmented. I am building a life based on avoiding painful truths.

I think avoiding this stuff makes for a half-alive person. I think industrial growth society would have us all continue as half-alive. It makes us buy more. 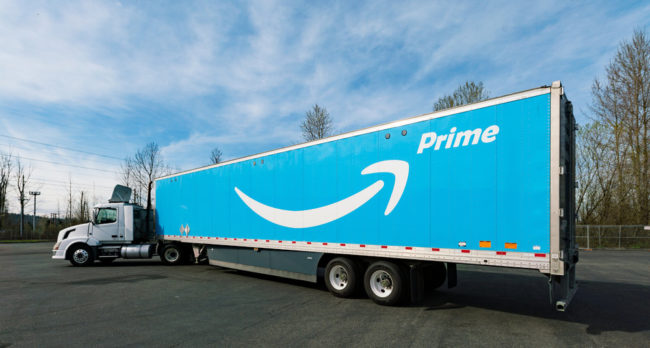 What would it feel like for us if in the packaging of the new gadget we bought or Amazon streaming service we used, we saw the exhausted mother in the Foxconn plant falling asleep at 5am while brushing the dust out of our Amazon Smartspeaker only to be angrily woken up by a scared manager who might fire her on the spot?

What would it be like if every time we bought something on Amazon, we could feel the tension in our overworked bodies of knowing we have our every movement tracked by machines and managers, and to feel in the soles of our tortured factory floor feet that we’re disposable, we have nowhere else to go, and that the robots are on the way to replace us?

What if for our children and our neighbors’ children, factories and warehouses like these become the only job left they can get?

Would we still overnight ship that one last thing from Amazon? or would we finally begin the fearless asking of what we personally could do to create a world where we don’t need any of this?

I know I’m not alone, but these questions hang unspoken for me in so many moments leaving me feeling afraid, alone, separate, helpless. It makes a body want to go move to the woods and learn to eat weeds.